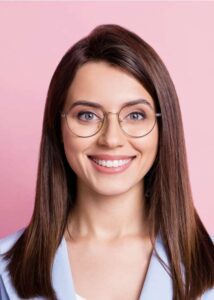 In the United States, Halloween is celebrated on October 31 every year, and it is looked forward to by children and adults alike all over the globe, especially in the United Kingdom. Some researchers believe that Halloween derives from Celtic celebrations that commemorated the dead or celebrated the harvest, while others believe that there is no relationship between Halloween and Samhain at all (the Celtic feast of the dead) (a Gaelic harvest festival.) Regardless of where Halloween originated, our staff at the dental office of Dr. Marianne Cohan hopes that it is a joyful and enjoyable occasion for all of our wonderful patients!

Is it better to trick or treat?

When Halloween comes around in North America, it is mostly celebrated by children who dress up in costumes that vary from frightening to charming and then walk around the neighborhood asking "trick or treat," in exchange for which they are given candy. Even while many parents grumble at the many pounds of candy acquired by their children and worry about their children's dental health, there are a few things you can do to ensure that their children's teeth remain in excellent condition until the candy has been consumed:

The holiday of Halloween isn't just about stuffing your face with candy; there are a variety of other activities to participate in, such as carving jack-o'-lanterns, painting pumpkins, decorating sugar cookies, bobbing for apples, visiting haunted houses, or simply curling up on the couch with a bowl of popcorn and watching some old-fashioned horror films.

Halloween Celebrations in Different Parts of the World

Some nations, like as Australia, are opposed to Halloween, stating that it is an American tradition that is not rooted in Australian culture, whilst others, such as Italy, have embraced the holiday and celebrate it in the same way as Canadians and Americans do. Mexicans have been commemorating this fun day since approximately 1960, and it serves as the official start of the Day of the Dead celebrations in the country. Even though some European nations were late to the Halloween party, countries such as Sweden, Norway, and Germany have begun to participate in the celebration since the 1990s, and it is now normal to see youngsters dressed up in costumes or to see ghosts hanging from windows.

In the end, Halloween is about having a good time; dressing up in costume or meeting with friends to knock on doors and beg for candy is as much a part of our culture as eating hot dogs and barbeque on Labor Day. From all of us at Summerlin Dental Solutions, we wish you a safe and enjoyable Halloween!